After 4 days of positive Bond price movement (remember, price up, yeild down and Mortgage rates down), and after a good start yesterday, my floating recommendation changed to a lock recommendation yesterday at 1 p.m.. Today's stock and Bond movement could be the same as yesterdays. Stocks started poorly yesterday, only to recound and close 500 points better (a 800 point swing!). Decades worse readings on Retail Sales, and profit revisions downward by retailers every single day, still didn't dampen consumer's as much as would be expected, as a better than expected Consumer Confidence report was released today. For now, I am watching Bond Prices closely, currently just below the 200 day moving average, and will alert you if there is a change in direction.
on November 14, 2008

Bonds are battling resistance overhead as the stock market stumbles slightly this morning. Adding to the softness in Stocks, Best Buy has lowered their earnings on the heels of Circuit City's Chapter 11 Bankruptcy yesterday.

A Treasury Auction this afternoon of $20B in 10 year notes will determine the direction of Bonds over the next 2 weeks. If the the Auction is received poorly, it could put pressure on Bond prices, and with the levels of support just below where we are now, there is a huge drop below those levels and I would change my Float recommendation to Lock. I will keep you posted.
on November 12, 2008 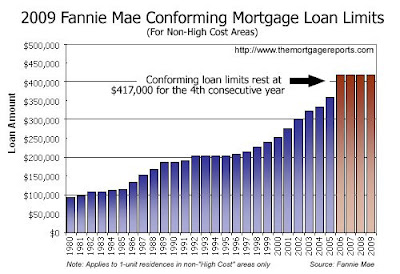 Bonds are testing resistance at the 50 and 20 day moving average overhead as Stocks rallied this morning on the heels of a Stock rally in China after they announced plans of a $586 Billion bailout plan (similar to the U.S.'s $700B bailout plan).

Stocks have not maintained the rally as the day progressed, ahead of an early closing (the Bond market is now closed and will be closed tomorrow for Veterans Day) as Circuit City announced that it is filing for Chapter 11 Bankruptcy and Nordstrom's announced 16% less growth (10% below their previous announcement).

I am recommending carefully floating as we continue to test resistance overhead. The shape of Bond prices, bond yields and Mortgage Interest Rates for the next two weeks will be determined by the movement in the Stock Market, which I will be watching very carefully for you!
on November 10, 2008