Is a "seller's market" around the corner? According to the National Association of REALTORS®, Existing Home Sales rose to 4.57 million units last month on a seasonally-adjusted, annualized basis. This represents a 4 percent increase from December's revised figures and puts the benchmark figure at a 20-month high.

Not since May 2010 -- at the tail-end of the federal home buyer tax credit program -- have so many existing homes sold in a month. An "existing home" is a home that's been previously occupied and is not new construction.

Beyond the headline stats, though, there's a lot about which today's sellers should be excited -- beginning with the national home inventory.

With just 2.31 million homes for sale nationwide, the national housing stock is at a 5-year low and falling fast, down 21% from just a year ago. Furthermore, with low mortgage rates and an improving economy stoking U.S. buyers into action, at the current sales pace, the complete U.S. home inventory would be depleted just 6.1 months from now.
That's more than twice as fast as compared to July 2010.

Furthermore, analysts say a 6-month supply represents a market "in balance". Anything less is considered Bull Market territory and we're headed there shortly.
on February 23, 2012 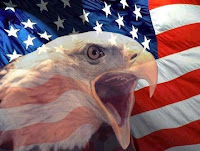 My name is IRRRL (we pronounce it "Earl" in the lending world) and it is a VA to VA Streamline Product, the last of the true streamline mortgage products.

Here is why it is such a great product and a wonderful way for me to be able to say "thank you" to our Veterans for the service that they have given our country.

§  I require NO income verification
§  NO need to verify assets
§  I don't care about credit
§  Debt to income ratios don't matter
§  Best of all, NO appraisal is needed (servicer to servicer refinance)
on February 22, 2012

It's such a relief not to have to guess where we were in the loan process! Loan closing February 9, 2012

Marty, I wanted to say thank you to you and your team for getting my loan done so quickly!  The loan went really smoothly and I'm really glad.  I'm a nervous person by nature, always ready for the next shoe to drop, but it never did!

I was never worried because you kept me up to date on the progress of the loan. It's such a relief not to have to guess where we were in the loan process.  :)

As you know, this is the 2nd time you helped me buy a home.  I don't know which time you were more funny and entertaining, but I think it was this time.  I love your sense of humor, you are a tease!

I just want to say you are great awesome (okay, I'm teasing you now!)!  Thanks Marty!