The U.S. housing market has made some great strides in 2013, but it’s facing a slowdown at the end of the year due to government dysfunction, a sputtering economy and imminent volatility over the next debt-ceiling debate, according to Freddie Mac’s latest U.S. Economic and Housing Market Outlook.


Although, getting a mortgage shouldn’t be affected by any potential market decline, the report stated.

If you’re looking to buy a home, now may be the best time in terms of mortgage rates. Freddie Mac estimates that 30-year-fixed loans will “hover around 4.3 percent” through the end of the year, and then begin heading higher in early 2014.

Future Home Equity payments may be a shock

Lender Processing Services, Inc. (LPS) has released its October Mortgage Monitor which shows that 48 percent of outstanding second lien home equity lines of credit (HELOCs) were originated between 2004 and 2006.

Given that the vast majority of HELOCs originated during this time have draw periods of 10 years, they are set to begin amortizing over the next several years. As the payments on these HELOCs become fully amortizing, many borrowers may see monthly payments increase. According to LPS Senior Vice President Herb Blecher, recent increases in new problem loans among the HELOCs originated prior to 2004 (that have already begun amortizing) indicate increased risk of more delinquencies ahead.

"In the aggregate, the market is experiencing lower delinquencies," said Blecher. "However, among the HELOC population that has already begun amortizing, we are actually seeing an increase in new seriously delinquent loans. As of today, only 14 percent of second  lien HELOCs have passed this 10-year mark, leaving a very large segment of the market at risk of payment increases over the coming years.

Nearly half of all of these lines of credit were originated between 2004 and 2006, with the oldest set to begin amortizing next year. If this trend toward post-amortizing delinquencies carries over, we could be looking at significant risk to the home equity market over the coming years.

If you have a Home Equity Line of Credit, review your paperwork and know when your balance will be fully amortized and for what term.  While first mortgage rates are low, it may be worth looking into a refinance to consolidate the first and 2nd lien loans into one loan payment and prevent the shock of the future higher payment.

Why offer your home for sale in the fall and winter?

Many sellers feel that the spring is the best time to place their home on the market as buyer demand increases at that time of year. However, the fall and winter have their own advantages. Here are five reasons to sell now.


Only Serious Buyers Are Out

At this time of year, only those purchasers who are serious about buying a home will be in the marketplace. You and your family will not be bothered and inconvenienced by mere 'lookers'. The lookers are at the mall or online doing their holiday shopping.


There Is Far Less Competition

Housing supply always shrinks dramatically at this time of year. The choices for buyers will be limited. Don't wait until the spring when all the other potential sellers in your market will put their homes up for sale.  First time home buyers may not have children in school and they have more flexibility to move during the school year.


The Process Will Be Quicker

One of the biggest challenges of the 2013 housing market has been the length of time it takes from contract to closing. Banks have been inundated with both purchase and refinancing loan requests. Both of these will slow in the winter cutting timelines and the frustration these delays cause both buyers and sellers.


There Will Never Be a Better Time to Move-Up

If you are moving up to a larger, more expensive home, consider doing it now. Prices are projected to appreciate by over 25% from now to 2018. If you are moving to a higher priced home, it will wind-up costing you more in raw dollars (both in down payment and mortgage payment) if you wait. You can also lock-in your 30 year housing expense with historically low interest rates right now. There is no guarantee rates will remain at these levels in years to come.


It's Time to Move On with Your Life

You already know the answers to the questions we just asked. You have the power to take back control of the situation by pricing your home to guarantee it sells. The time has come for you and your family to move on and start living the life you desire. That is what is truly important.

In a recent National Foundation for Credit Counseling (NFCC) poll, when choosing between marriage, health, job and personal finance categories, an overwhelming 80 percent of respondents indicated they typically make the worst decisions when it involves their personal finances.

“It is good sign that consumers recognize and admit their problem,” said Gail Cunningham, spokesperson for the NFCC.

“Financial awareness often provides the motivation to jolt a person into taking action that can change the course of their financial life."

Shopping for a mortgage and meeting with the right professional can help to not make the mistake of  buying too much house, obtaining the wrong mortgage product for the needs that the family has and not having the educational experience needed to make the right financial decision.
on December 11, 2013

Affordability problems for renters have skyrocketed over the past decade both in number and the share of renters facing them, according to a new report on rental housing from the Harvard Joint Center for Housing Studies.

The inability of so many to find housing they can afford dramatically impacts the health and well-being of U.S. renters, as lower-income households cut back on food, healthcare, and savings, just to keep up.  The report, "America's Rental Housing: Evolving Markets and Needs," finds that half of U.S. renters pay more than 30 percent or more of their income on rent, up an astonishing 12 percentage points from a decade earlier.

Much of the increase was among renters facing severe burdens (paying more than half their income on rent), boosting their share to 27 percent. These levels were unimaginable just a decade ago, when the share of American renters paying half their income on housing, at 19 percent, was already a cause for serious concern.

Renters currently make up 35% of the population and could benefit by looking at their purchase and mortgage payment options.
on December 10, 2013

The maximum limits for 2014 are:
These limits were determined under the provisions of the Housing and Economic Recovery Act of 2008.

Janet Yellen is a great choice!

Do you know Janet Yellen yet?  She's being backed as Ben Bernanke's replacement.

She's known for promoting low mortgage interest rates (I like her already!), a slightly higher inflation rate (she likes inflation because it promotes job growth!), and higher spending for teachers (what? Teacher's should be paid more?  I REALLY like her more now and so does my wife, Valarie!).

Read more about her here, I think she's a GREAT choice (and pretty rich too!):
Jenet Yellen's philosophy 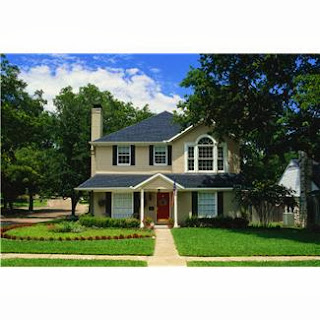 Existing Home Sales reached a six-and-a half year peak in August, 13% higher than one year earlier.

Existing home sales, including those of single family homes, townhomes, condominiums and coops, have remained above their year-ago levels for the past 26 months.

This news coupled with the Fed announcement 2 days ago that QE3 will continue until the economy shows more signs of stability, bodes well for home sale strength for the remainder of the year.
on September 20, 2013 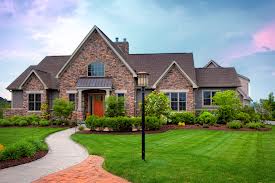 RealtyTrac has released its U.S. Home Equity & Underwater Report for September 2013, which shows that while 10.7 million residential homeowners nationwide owe at least 25 percent or more on their mortgages than their properties are worth, another 8.3 million homeowners are either slightly underwater or slightly above water, putting them on track to have enough equity to sell sometime in the next 15 months—without resorting to a short sale. The 8.3 million include homeowners with a loan-to-value (LTV) ratio from 90 to 110 percent, meaning they have between 10 percent positive equity and 10 percent negative equity. These homeowners represented 18 percent of all U.S. homeowners with a mortgage as of the beginning of September.
on September 09, 2013

In Today’s Hot Housing Market, More Than 50% Of Homes Sell In Less Than One Month!
For the second straight month, Existing Home Sales topped 5 million monthly on a seasonally-adjusted annualized basis. That hasn't happened in 6 years.


The National Association of Realtors (NAR)  reports just 2.19 million homes for sale nationwide at the end of June, an 8% decrease from one year ago. At the current rate of sales, the entire stock of U.S. homes for sale would be "sold out" before the New Year -- there's just 5.2 months of inventory.

This is a big deal because analysts believe that a 6.0-month supply of homes represents a market in balance between buyers and sellers.When supply dips below six months, sellers gain leverage over buyers which, in turn, can push home prices higher.

Homes are selling quickly these days. Purchase-ready purchasers appear to have a better chance to going to contract than buyers without a plan or pre-approval letter (Call me, I can help you with your questions, options and your credit approval letter).

This is what happens when the number of buyers outnumbers the sellers.