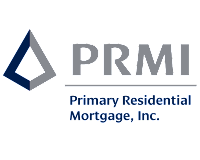 In most of the U.S., the 2018 maximum conforming loan limit for one-unit properties will be $453,100, an increase from $424,100 in 2017. Higher loan limits will be in effect in higher-cost areas. New loan limits, however, will not take effect in 71 counties or county equivalents around the country.

What prompted this change? The Housing and Economic Recovery Act (HERA) requires that the baseline conforming loan limit be adjusted each year to reflect the change in the average U.S. home price.

On November 28, FHFA published its third quarter 2017 House Price Index report, which included estimates for the increase in the average U.S. home value over the previous four quarters. According to the report, house prices increased 6.8 percent, on average, between the third quarters of 2016 and 2017. Therefore, the baseline maximum conforming loan limit in 2018 will increase by the same percentage.

If you'd like to learn more about these new loan limits or other loan products, please get in touch with me today. I'm happy to help! 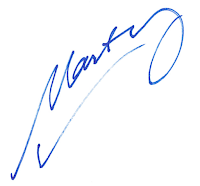 When are mortgage rates going to go up?

For the fourth straight month, the Rasmussen Reports Consumer Spending Update shows confidence in the economy trending upward - with an amazing 25-point overall increase in economic confidence and a 26-point increase in confidence in the direction of the economy since the 2016 presidential elections.
What does this mean for interest rates?  Are they REALLY on the way up like everyone is talking about?
Because the economic cycle predicts what will happen with interest rates relative to growth of wages, consumer confidence, Wholesale price escalation, etc., we have data which supports what will be happening in the future of the mortgage industry in 2017.
Okay, so what is going to happen?
As consumer confidence increases, our economy is expanding and workers (consumers) will buy more products, increasing demand which at a certain point, creates inflationary pressure (From our old days in Econ 101-Demand and Supply lecture).
Mortgage bonds HATE inflation!  So, If bond prices go down, because they don't like inflation, rates go up.  Really, from my vantage point and from what I read from experts that are a whole lot smarter than I am, it's just a matter of time before the rates go up.
Then you might be wondering by how much will the rates be increasing?  That's for another post.
But for now? Our rates continue to hover at historic lows.  Great news for purchasing, building and refinancing. 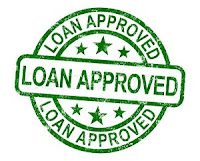 Thanks for liking my Facebook Business page!
It can be found by clicking here:
"Mortgages With Marty" Facebook Page

Thanks for telling your friends and family about me!
I look forward to helping with mortgage questions and needs!

Home Values Increasing Along With Ownership

It was an exciting time for home ownership growth in 1992 as Bill Clinton became our 42nd President.  President Clinton PUSHED for homeownership in America!  It made sense for America because there would be less public assistance needed because there would be fewer divorces because that's the good thing about owning a home, it provides stability.  Statistics supported family formation AND home ownership to stop the drain on financial assitance.
President Clinton knew his numbers.
He knew his facts.
He knew that welfare and other public assistance costs associated with a single parent home would decrease, IF he could get what he wanted...
His goal was that 67% of American households would be home owners!

President Clinton came close to reaching his wishes of American homeownership as the housing industry BOOMED!  But it wasn't until June, 2004 when then President #43, George W Bush, reaped the rewards of a fully engaged economy working WITH mortgage rates and home ownership to create a country where...
69.2% of American Households owned a piece of the rock!

19 months later we now see the percentage of American Households owning their own home increasing, ever so slightly, but increasing every quarter!  :) Yay!
As we closed out 2016 and were on the verge of swearing in our 45th President, we now see...
63.24% of American's OWNING! 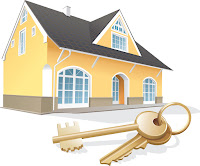